Don’t miss out on these hot daily deals! Featuring books up to $2.99!

All prices are verified before the Love Kissed Book Bargains are posted, but prices are subject to change. Please be sure to verify the price on Amazon before downloading a book.

Don’t have a Kindle? Don’t worry. Read with the FREE Kindle App.

She needs to wed… And he’s going to find her a husband. When Margaret Carberry’s mother drags her upstairs at a ball, Margaret does not expect her mother to tie her to the bed and lock the door. Unfortunately, Margaret’s mother has taken it upon herself to declare Margaret compromised—whether or not Margaret wants to resort to such tactics to snare a husband. Jasper Tierney, the Duke of Jevington, is surprised to encounter a half-clothed woman sprawled upon his bed. He is even more shocked to discover her identity. Margaret Carberry is renowned as an incorrigible wallflower, not a seductress, no matter how appealing her bare flesh is against his bedding. When Margaret declares she won’t go along with her mother’s (Read the full blurb on Amazon)

Blindsided by an attack that destroys her home and blamed for murder, Karolina, a half-vampire, escapes, only to plunge into the magical societies from which she was sheltered. Betrayed by those around her, she abandons her dreams of becoming an investigator and flees, trusting only herself. Her police internship would never prove more useful. Hoofing it through the wilderness, she makes it to her university dorm, disheveled but delightfully deflowered. Enter a full vampire: one wielding dark magic and a ride out of Canada. A fugitive from the law, Karo complies with his demands to escape, unsure whether his requests are bewitched. She vows to clear her name and avenge her mother’s death, but Karo’s family secrets aren’t so easily left behind.

Lady Juliet is happy. Very happy. After all, she’s engaged, even if she rarely sees her betrothed.  So what if her betrothed keeps postponing their wedding? Or that there are wicked rumors about him? Still, when the Duke of Sherwood doesn’t appear at a ball as intended, there’s only one thing she can do: discover the truth herself. Lucas, the Duke of Ainsworth, is exceedingly dull. At least, that’s what he desires everyone to believe. He makes certain to enter into conversations with the ton about obscure plants and to quote Latin tomes while fiddling with his spectacles. By night, Lucas is involved in a different task: bringing down criminals. No criminal is as elusive as the person spreading counterfeit coin through the Lake District, (Read the full blurb on Amazon)

An ancient cult. A supernatural addiction. A forbidden love. Sixteen year old Evie Willow is terrified of drowning but she’s even more afraid of crying. When the charismatic and telepathic lifeguard, Talon Renwyck, suddenly turns his affections toward her, Evie’s ability to rein in her feelings is threatened. Talon knows a secret which plunges Evie into the deep waters of her hidden emotions. As she begins to drift away from the life she knew into Talon’s beckoning arms, she learns that Talon is much more than just the handsome guy she’s falling in love with. Caught in a dark and supernatural addiction and tied to a secret cult, Talon is crying out for help. Can Evie save him from himself? Is their love the real deal or is it an illusion? Nothing is what it seems.

This duke loses his memory and gains a bride. Sebastian, the Duke of Sandridge, has been looking forward to holidaying at his cottage in Cornwall. He is disgruntled when he discovers the cottage has been rented, and he is furious when he discovers the cottage has been rented to a woman he despises. After Genevieve’s father encountered financial difficulties, her mother took Genevieve and her younger brother to Cornwall, far from their home in the Lake District. Genevieve is determined to keep her family’s new home, even after a grumpy duke demands to take the cottage away from Genevieve and her mother. Still, when Genevieve witnesses the duke have a swimming mishap, she rescues him. When the duke wakes up, (Read the full blurb on Amazon)

In this world… being human is a death sentence. Surrounded by powerful and dangerous creatures, Emma relies on her demon master for his protection. She has spent her whole life trying to keep out of trouble and stay in his good graces. But when a freak accident causes her to stumble upon a restricted building, she makes a shocking discovery, a rare female wolf shifter. Determined to help the wolf shifter escape and find her pack, Emma is forced to flee the demon’s estate… all the while dreading the reaction of her demon master once he finds out. But he’s the least of her problems. She soon finds herself in the crosshairs of a less-than-grateful elite hellhound. Accused of crimes she didn’t commit and kidnapped by the (Read the full blurb on Amazon)

The seals are cracking. Hell will follow after, and I’m caught in the middle. Everyone says I’m cursed. My father would’ve used the word evil. That’s his excuse for being so strict, at any rate. Little does he know how right he is. I might look like a good girl on the outside, but deep down I’m really not. I carry the mark on my hand to prove it. But being good means not getting in trouble at school or he’ll take it out on me. I am barely allowed to hang out with my friends, and they’re starting to resent it. The safe and stable life I’ve been forced into is falling apart. Then my stepbrother moves in. Suddenly, being good doesn’t seem so important. He makes friends with the local bad boys, and being around them feels like exactly where I belong. (Read the full blurb on Amazon)

A spinster lady in waiting… After four broken betrothals, Elizabeth Fraser believes her father’s political ambitions will keep her from ever finding a husband. Content to be considered on the shelf, Elizabeth would rather be left in peace as one of the queen’s ladies in waiting than engage in flirtations that lead nowhere. She never expected one chance encounter months ago would alter the future she had accepted. Will Elizabeth give Edward a second chance to prove he wants more than a dalliance? A warrior wanting to return home… Edward Bruce, the adopted younger brother of King Robert the Bruce, is tired of fighting the English in Ireland. Loyal to his brother but homesick, Edward returns to Robert’s Scottish court in hopes (Read the full blurb on Amazon)

The authors of the Twisted Steel anthology have decided to come back with a second edition. They heard how much you loved it and listened to the readers. Collaborating once again to bring you brand new biker stories that’ve never been published before. A combination of full-length novels and novellas are within the pages of this edition. A couple of these authors have written about characters in their clubs you already adore, while others are launching a brand new series. Each story takes place in a separate club, but you can always count on copious amounts of danger, suspense, angst but most of all – chemistry. We ask you again: will these men and women put everything on the line for their brotherhood, or will they risk it all for love?

Framed for a murder she didn’t commit, 20-year-old Ressa Gabriella Rose finds herself in an untenable situation as an unwilling hostage aboard a mad pirate captain’s ship. With her ailing father also held captive, she is desperate to break free, but the risk is too great.Ezra Thorn, Leader of the Royal Guards, knows his cousin, King Cavel’s secret. A secret Ressa Rose can help Ezra expose. To avoid the king’s wrath and keep Ressa free from harm, he must steer clear of Cavel’s secret service and keep his feelings for Ressa at bay. But Ressa’s desperation forces her to make a rash decision. A daring escape that could put her and her father’s lives in danger.With so much to lose and several pursuers hunting her down, (Read the full blurb on Amazon) 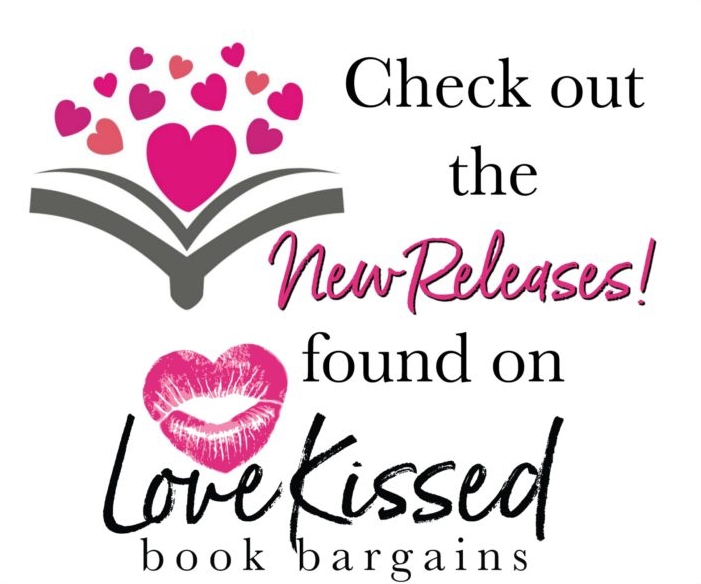